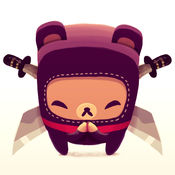 Bushido Bear is an original action game by Spry Fox, the developer of the award-winning games Triple Town, Steambirds & Alphabear. Defend your forest against endless waves of evil demons by hacking and slashing through your foes with two giant swords! Slice and dice the invaders for as long as you can survive.

As you play Bushido Bear, you'll unlock new ninja characters and upgrade your existing characters, which will change the way you play the game. Lone Cub is slow but can slip past enemies thanks to his tiny size. Smoky Bear can teleport anywhere instantly. Neo Bear slows down time as he plans his attacks. You'll want to collect and experience all the bears!

【更新日志】
Big update for you, folks!
- A new stage, Winter Wood, has been added! Angry yetis, deadly snowmen and a slippery Storm Fox await you! (By the way, that Fox might be immune to your swords... you're gonna have to find some other way to defeat him!)
- Three new swords have been added to the customization section.
- Reduced the quest # required to unlock new stages across the board.
- Made it possible to share your highest wave accomplishments.
- Added the final score to the end game screen, next to coins earned.
- Decrease the size of Barbearian's hitbox, since many people complained he was too hard to play.
- Increased the size of Golem Bear's swords.
- Other minor balance changes and bugfixes. 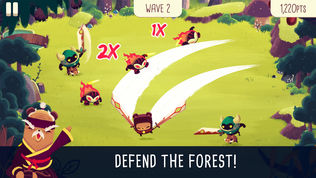 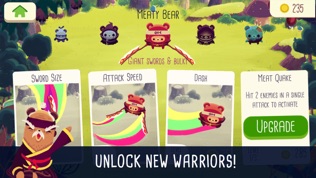 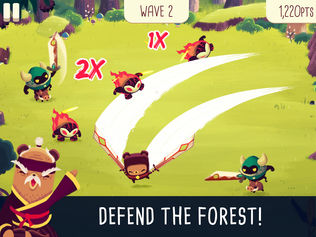 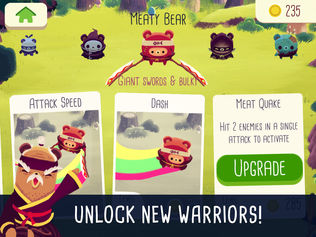