◆ Niconico Douga
Niconico Douga is a service that allows users to add comments to videos played on the website or inside apps.
This service adds a layer of fun and excitement that you can’t get by simply watching videos.

◆ Popular Niconico services and events
Niconico is often used at various venues. For example, it has become an established service medium used for
concerts and music clubs (Nicofarre in Roppongi Tokyo).
In addition, Niconico plays a cultural if not international role through live events (such as Niconico Chokaigi and
Niconico Choparty) that bring various people of all nationalities, ethnicities, and religious backgrounds together to
enjoy singing, dancing, and cultural exchange.
Our hope is that Niconico, through its various services and events, will continue to serve as a meeting ground
of enjoyment for people all around the world.

【更新日志】
- Supports iOS 13
- The ranking period and types of content are now the same as the Niconico Video ranking.
- Fixed an issue where the app crashes when paused the playback and running in the background.
- Various bug fixes and performance improvements.
[展开全部↓]
软件截图 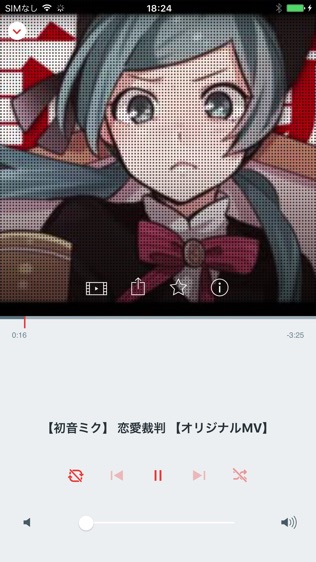